Buying a military or special ops watch can be a tricky affair especially if you’re not quite sure where to start or have questions that you want answered before committing to a purchase. Luckily, here at MTM, we create military watches for both active, serving members of the military and civilians alike and have helped to pair people with their perfect watch time and time again.

We like to think we’ve been doing this long enough now to be considered experts in our field and, if the popularity of our USA-made military watches is anything to go by, this is certainly the case. We’ve been asked plenty of questions about special ops watches in our time here at MTM and if you’ve got some that you want answering to help you choose the ideal adventure-ready accessory for your wrist, chances are we might just answer them below:

Q: How Accurate Should I Expect a Special Ops Watch to be?

A: Well, by definition, you’re going to want any watch to be as accurate as humanly possible but it is more important than most that a timepiece worn by the military or Special Forces is accurate and reliable. Don’t assume that a $20k watch will be infinitely more reliable than a $500 dollar one. There is an important fact to understand about watches and that is that timepieces have a tendency to gain or lose a few seconds over a period of time. These are small mechanical or electro-mechanical accessories that are responsible for keeping track of a mammoth 86,400 seconds EVERY DAY. Even if a timepiece is 99.9% accurate, it will still be off by a minute and a half in just a 24 hour period. So even a mediocre one will need to be well over 99.9% accurate to even begin to be useful for those in the Special Forces where time really is of the essence.

Q: What is the Definition of a Military Watch?

A: As you might expect, this isn’t a question which can be answered definitively because each armed forces are going to have their own recommendations as to what is and isn’t acceptable as a military watch. Many watch manufacturers don’t make watches that are specifically for the armed forces – G-SHOCK being a prime example of this – but those in the forces tend to see them as a quick and easy choice due to their robust performance. At MTM we make watches not just for military use but we have also crafted watches for Special Forces, police personnel, firefighters, Navy and Airforce to name but a few and there is typically a shared set of characteristics that those operating in these fields will look for from their choice of timepiece.

A: As a general rule of thumb, you can say that quartz are more accurate than mechanical watches (which is why Special Forces will typically opt for quartz) but as with all things, this is not always the case. For example, even when a mechanical watch is allowed to vary +6/-4 seconds per day, that does not always mean it will regularly vary by that high an amount each day. Mechanical movements – with the exception of so-called ‘tourbillon’ movements that are designed to overcome it – are noticeably affected by the gravitational pull of the Earth. This is important because the performance of mechanical movements is somewhat different from day to day when not stored in a fixed position. For these reasons, whilst mechanical watches definitely have their merits, for those operating in dangerous and uncompromising conditions, a quartz movement is usually the best choice for a watch.

Q: I Have to do a Lot of Diving as Part of Special Forces Missions – What are the Water-Resistance Recommendations for Military Watches?

A: Whilst there isn’t a set specification for water-resistance in watches, most watch manufacturers agree on the below:

So, based upon the recommendations outlined above, anyone looking for a watch for a military purpose should be looking for a minimum of 300m of water resistance.

A: A watch’s official power reserve essentially refers to the amount of time a mechanical watch will carry on running after it has been fully wound. In other words, if you wind you watch all the way, how many hours it takes before it stops working. Power reserves on automatic watches can vary dramatically and it is always an important feature to look out for when buying a military timepiece for your wrist when in active service. The longer the power reserve is, the longer you can leave your watch between wearing or winding – regardless of how much power reserve is left when you leave it. With regards to how much power reserve you actually need will depend on 1] whether it is something integral to your mission and 2) your watch wearing habits. As a general rule of thumb, the majority of mechanical watches on the market have a power reserve somewhere between 40 and 50 hours. Some will have less and some will have more. For a Special Forces watch, a longer power reserve will obviously be beneficial because it means you’ll be able to go longer without having to wind it again and risk losing accuracy in your timepiece.

Check out some of our most popular special ops watches below: 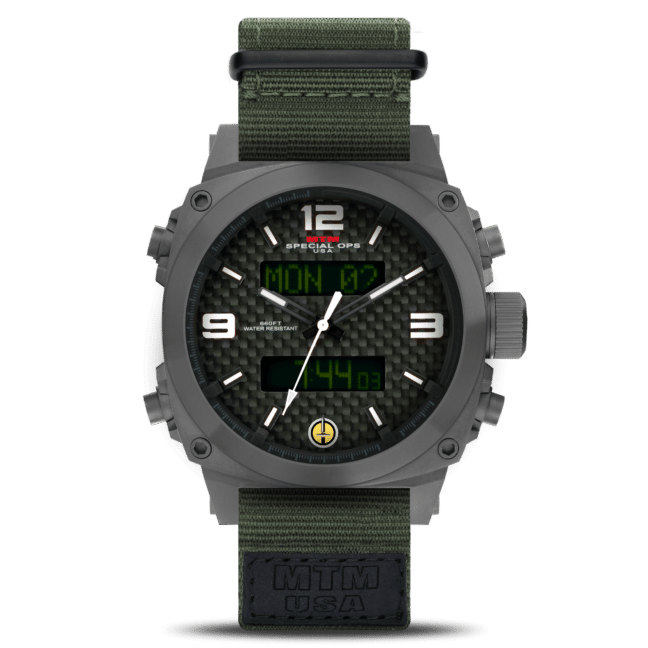 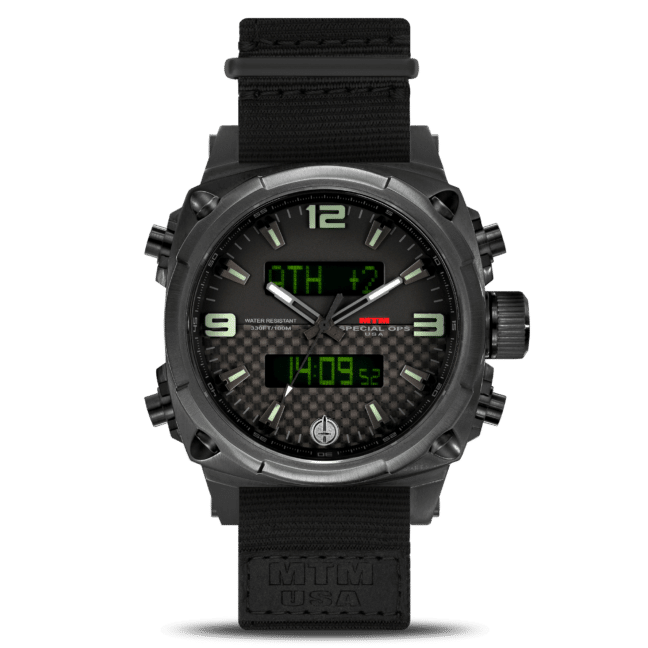 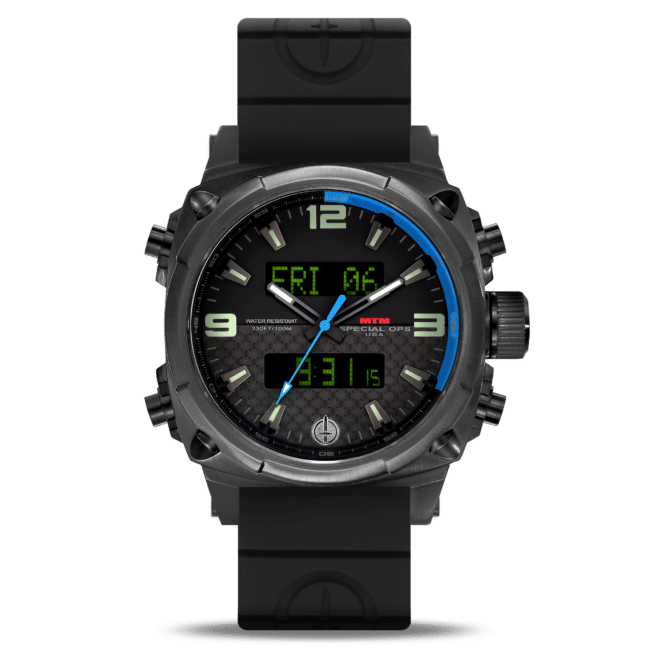